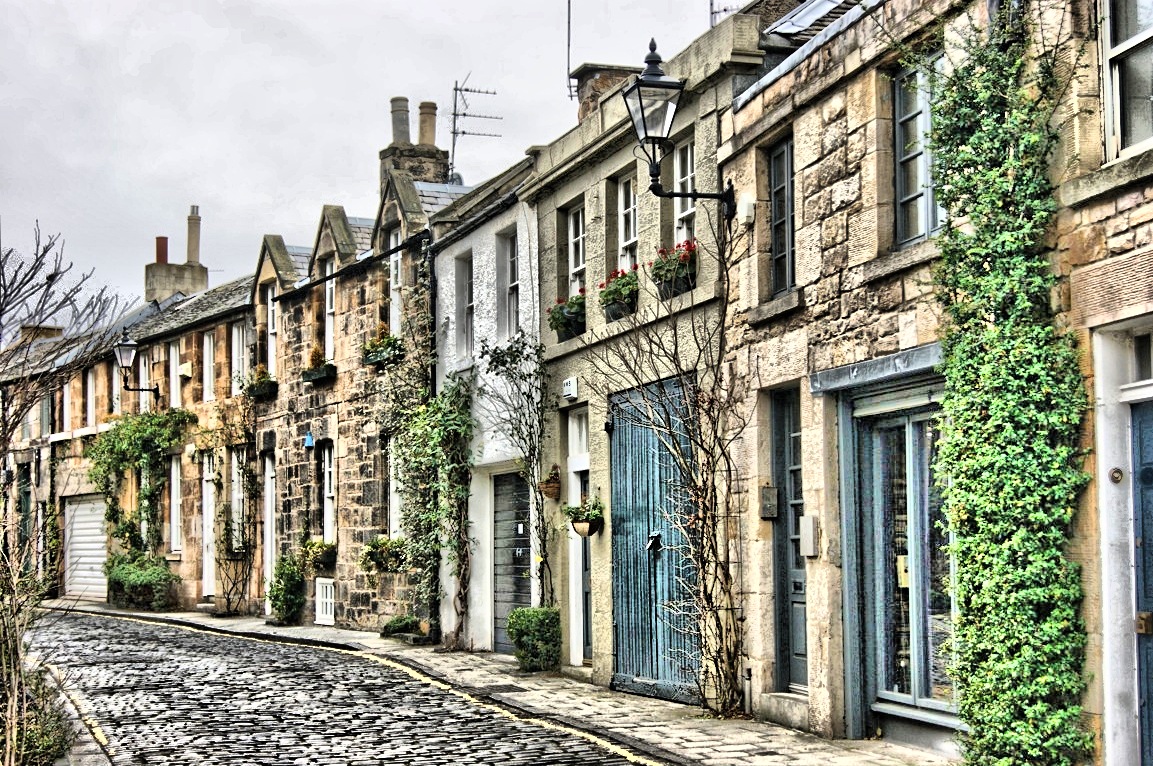 The month’s Real English lesson is about the New Town of Edinburgh . Learn about why it was built and find out how to use some great expressions and vocabulary

This month we have chosen to talk about Edinburgh’s New Town. The image most people have of Scotland is the romantic Highlander, but the New Town was home to the Scottish Enlightenment, a period of thinking and creativity that resulted in some of the most important philosophical and scientific discoveries of the 18th century. In this video we discuss why and how the New Town was built, what was special about it, and we consider why it’s not associated with the popular image of Scotland.

Make sure you read through the vocabulary on the Quizlet card set we made before watching, this will help you understand the video better.

When was Edinburgh’s New Town built?

The New Town was built in stages between 1767 and around 1850. It was needed due to the over-crowded, unhygienic and often dangerous conditions of the buildings in the Old Town. It took a long time to get the New Town built due to a fairly inefficient local government, but the project finally went ahead thanks to Lord Provost George Drummond. The design by an unknown architect called James Craig was chosen because of the simplicity of the design, but also because it celebrated the relationship between Scotland and England, and most importantly to the Haonverian royal family. This was quite recently after the battle of Culloden and the final Jacobite rebellion. You can read more about the Jacobites here. Edinburgh’s New Town is now considered one of the best examples of Georgian architecture in the world, and along with the Old Town is a UNESCO world heritage site.

We did a fantastic Scottish History class on the topic of the New Town which is available to all of our Online Unlimited students. You can join our Scottish History, Vocabulary Building, Lunchtime Lessons and Book Group classes as well as access to all of our self study and skills resources for only £50 a month! We also offer a one week trial FOR FREE!

Here is the functional language that we featured in the video along with some more example sentences. Why don’t you try using them in your speaking this week!

NOT BY ANY MEANS

This expression means “not in any way”, and it’s used to emphasize a negative statement. Here are some more examples

ON TOP OF (SOMETHING)

This is a synonym of “in addition to”, especially used to talk about something unpleasant. We use this to add more information and build an argument. Here are some more examples

This means that you believe something is probably true. We use it to speculate and hypothesize. Here are some more examples

This means “it is not important if”. It’s used to introduce two or more possibilities. Here are some more examples:

This is an informal phrase we use when you are trying to explain or describe something but you can’t be exact.

These resources are available to download for our Online Unlimited and regular course students. If you would like to access these, as well as all of our other great study resources, get in touch or book directly following the buttons below.

This month’s Real English lesson is about witches in Edinburgh. Find out their story and…

The month’s Real English lesson is about Scottish Christmas and New Year traditions. Learn about…